I was finally able to get into my dream industry as 3D Character Artist.

Igor Convers aka pumpkinfanta is known for his strong dedication and perfection. He currently works at Keyword Studios.

Do you find this useful?

Tell us about yourself: Who are you, what do you love to do and where are you from?

Hello there! My name is Igor Convers ( Prokopenko), I am a 3D Character and a bit 2D concept Artist. Originally I’m a Ukrainian who presently residing in the US, Florida. I was born in a creative family with a musician father, sisters who love to sing and play guitar and piano, and a popular Artist grandfather. My mom brought a gigantic family library of world classics from her side.

As a child, I had tones of notebooks with handwritten stories and illustrations to them. At some point, I even started comic book series, strongly influenced by legendary StarTrack and StarWars, with the original character - Alien Rex, who was fighting for his galaxy. I successfully sold the whole series of comics to my classmate in the first grade of the school.

The breaking point in my childhood happened when my oldest sister (yes I have 3) gave me my first game console - NES, First Playstation followed. After that moment I saw myself in the game industry but people around continued telling me the “old good story” that all artists are poor and video games are for little kids. It didn’t stop me from drawing or choosing a more creative path of literature and fine arts vs exact science.

After finishing school I was completely lost in the career path. A few “but you can and like to draw” from my parents and friends I follow the way of a Graphic Artist/ Interior Designer, at the end of which I was devastated and disappointed in my choice. I graduated with a Master’s Degree and feeling of lost time.

I tried more stylized characters with cleaner topology and more handpainting work in some places.
I imagined that the Magic girl was in search of more wizard stones (similar to one in her staff) she got to some secret cave. This travel ended up with an unexpected finding of the cute baby dragon. Magic Girl was Based on Terry Wei’s Concept Art

What were the biggest problems you faced when you started as an artist?

While I got more new influences for creativity from the times of high school as independent cinematography, anime, manga fan, a big reader of our time bestsellers as Murakami, Dan Braun, Rowling or Stephen King, etc I had a need to start doing something to express my creative needs and look for money opportunities.
I start jumping between freelance jobs of different specialties as I had few interests and was trying not to leave any of them, still deciding what exactly I want to do with my life and what I can do the best. After trying myself in journalism, music writing, graphic design, and portraying I also found my first full-time opportunity as a fine art restorer in one of the biggest museums in my city. It helped me to get closer to an understanding of art and the history of its development but wasn’t enough to satisfy my desire to create.

I understood that my university knowledge had many holes because of inexperienced teachers who knew their theory but didn’t have practical experience.
As I wanted to do everything right this time, I decided to look for online mentorship to follow my old dream - to be part of the gaming industry and get knowledge from professionals with experience in creating legendary characters.

Why did you decide to sign up for CGVerse online art school?

After the decision to look for online schooling, I was able to find a mentor who helped me to put my 2d knowledge in the right places. It was a fun time in general and I enjoyed the 1 on 1 studying experience. While I was finally able to reach some level in drawing and fill all my previous theory spaces, I still was feeling unhappy with my level, and as a person who likes challenges, I made up my mind to add a secondary skill to my luggage, the one that I was scared the most, 3D Modeling / Sculpting.

I was very careful in my searches for a 3D mentor. I looked for many places and many different schools online and at some point I came across CG Verse. I checked the courses and works of its mentors and was happy with the level and style of the teachers.

I contacted Christopher Schiefer, we had a one-hour-long talk where I was able to explain to him my goals and short creative story. I was happy with how personally the school reached possible students to prepare the plan and choose the right mentor. That’s the way my 3D Character Artist story began.

My third project, in which my goal was to create nice detailed sculpting for the future 3D printing, with detailed sculpting and much handpainting. As a big WoW fan I couldn’t pass the opportunity to work on some beasty orc character.
Based on Dave Greco’s concept art

What did you do during the mentorship and what helped you on each task?

As I was almost a complete newbie in 3D, with some surface understanding and shy tries in Blender, me and my mentor Ankush Khare decided to go slowly, to build all the fundamentals of the new base.

Ankush was very open in the style that I wanted to follow, and I knew exactly what I’m looking for in my first character. As a big fan of Arcane Studio, I was searching for 30-40 concept arts that I would be able to transfer in a Dishonored style 3D model. Eventually, we chose Female Rogue Character and began the work with mood board creation. I found this approach very useful and it is my step number one in every new project. My prior 2D knowledge was very helpful in adding to the character some more 3-dimensional feeling with composition, adjusting design elements, and creating a small backstory for the Elf roots. The number of new things to learn was overwhelming sometimes but my mentor’s flexibility and ability to answer one hundred questions in a minute from his knowledge-hungry mentee, plus my hardworking personality gave good results at the end of the project.

Positive results of the first finished project and the amount of joy I got in the process of its creation influenced me to settle on 3D as my main profession and add more months to the mentorship. With every new character, I was trying to achieve different approaches and learn more new techniques and programs. For example, in the following projects, we were working on a cleaner topology, slightly different styles, creating busts for 3D printing, or game-ready characters in A-pose. I start learning more advanced tools and trying new programs. Ankush was always giving me time to find solutions by myself for complicated parts and this method was very beneficial.

Clay render to show the form.

How was the mentorship for you?

As I mentioned before, because of Ankush’s well-planned level-up routine and my hard work, and previous 2d experience, I was able to reach a good level in no time. I remember how scared and insecure about if I will be able to succeed in 3d I was in the beginning, without knowledge about basic things like maps, the baking process, the difference between low and high poly, and even how to create seams in the right way.

After these 10 months with my mentor, I learn a bunch of new industry-standard programs like ZBrush, Maya, 3D coat, Marvelous Designer, Substance Painter, and more while I’m feeling comfortable working in each of them. I developed healthy habits and the ability to not give up on hard tasks, and always look for a way to fix the problem.

At the end of my mentorship, I got many interviews, even my old Concept Art mentor amazed by my updated portfolio proposed me some 3D side job. Finally, like any good adventure story, it has a good end because at the end of my studying after one of the interviews I was finally able to get into my dream industry as 3D Character Artist.

My first mentorship project. Started slower to speed later with a base of good knowledge. I developed some interesting elements of character clothes. Was trying to follow Dishonored Art Style. This was based on Daria Rashev’s concept art.

W​hat would you say when you recommend us to an artist?

I believe that there are many fellow Artists with a similar story as mine, so I hope reading this will influence them to make this decision to try CG Verse mentorship. During the whole process of my course, I had a feeling of strong support as it was obvious how much my mentor want me to succeed and how much my growth makes him happy.

Yes, there are many tutorials online these days, you can try them and get some useful skills but unfortunately, you can end up with pieces of random knowledge all over the place that will be lost at some point. Without a proper understanding of how to put them into routine squashed in the memory, new skills don’t cost much. From my own experience, I would say it will just give you disappointment in your own abilities, lost opportunities, and time. Much easier to put new skills on the strong adamantium skeleton of balanced well-paced knowledge than let them float in the vacuum.

Meanwhile, in the process of mentorship with Ankush, I build an understanding of how the industry system works, theory and experience of using different programs, useful skills, and a good friendship with another creative personality.

My last WIP project. Game-ready cyberpunk character with lower, clean topology, and much more handpainting for which I use 3D Coat. Right now I’m working on the character final rigging and presentation. This project was based on Wu Shenyou’s Concept Art.

Old portrait practice from the Past life before the Mentorship

The Entertainment industry requires in-depth knowledge when it comes to 3D character modeling for games. In order to stand out among dozens of artists, you need to be able to create convincing and detailed characters in ZBrush. 3D character modelers use software such as Zbrush, Maya, Substance Painter requires a lot of mileage. In this mentorship, we aim to shortcut your development. Together he will guide you step-by-step through your journey to improve your Character Art skills.

My mentors really went above and beyond to ensure that I achieved my goals. I … 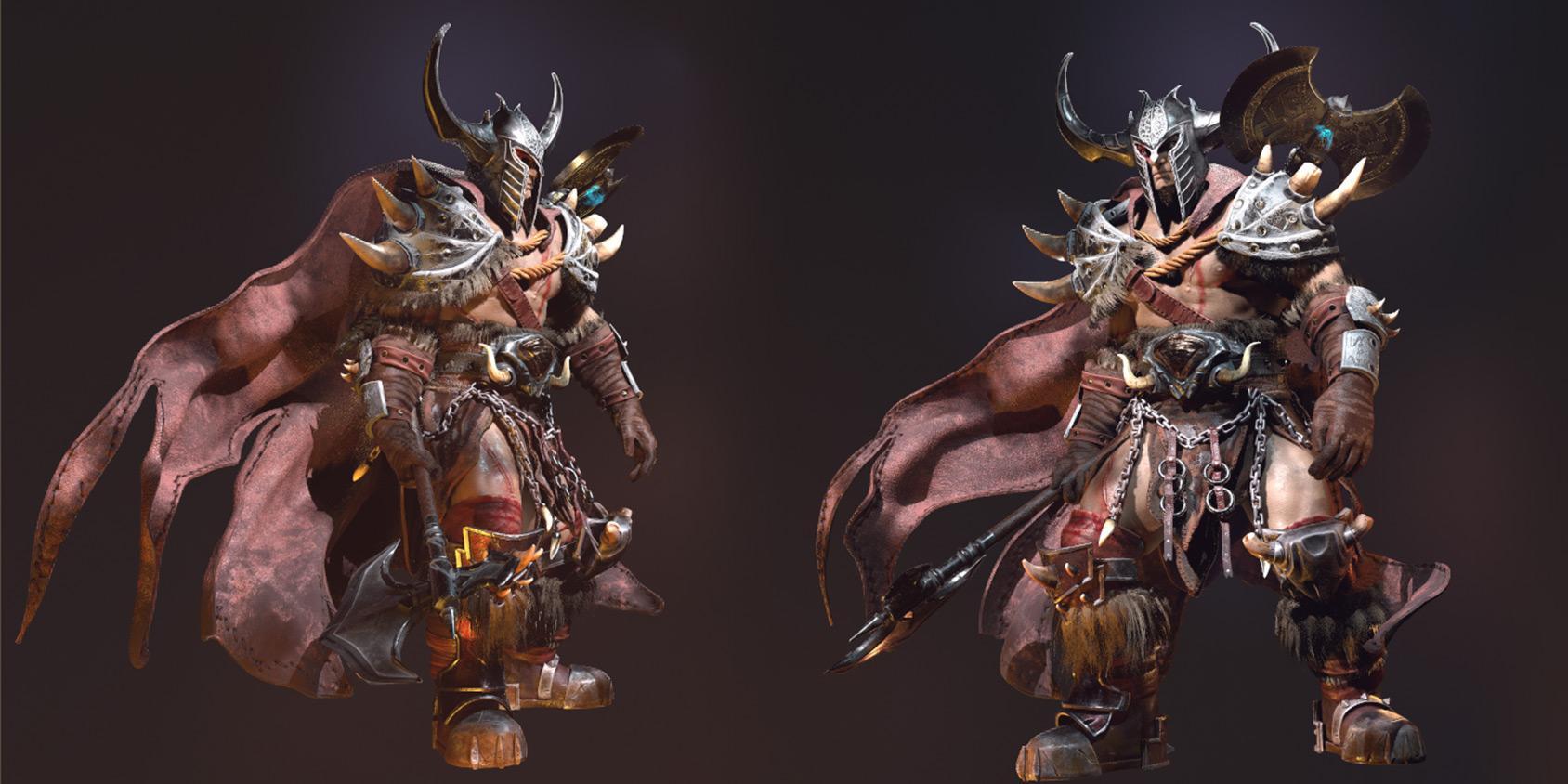 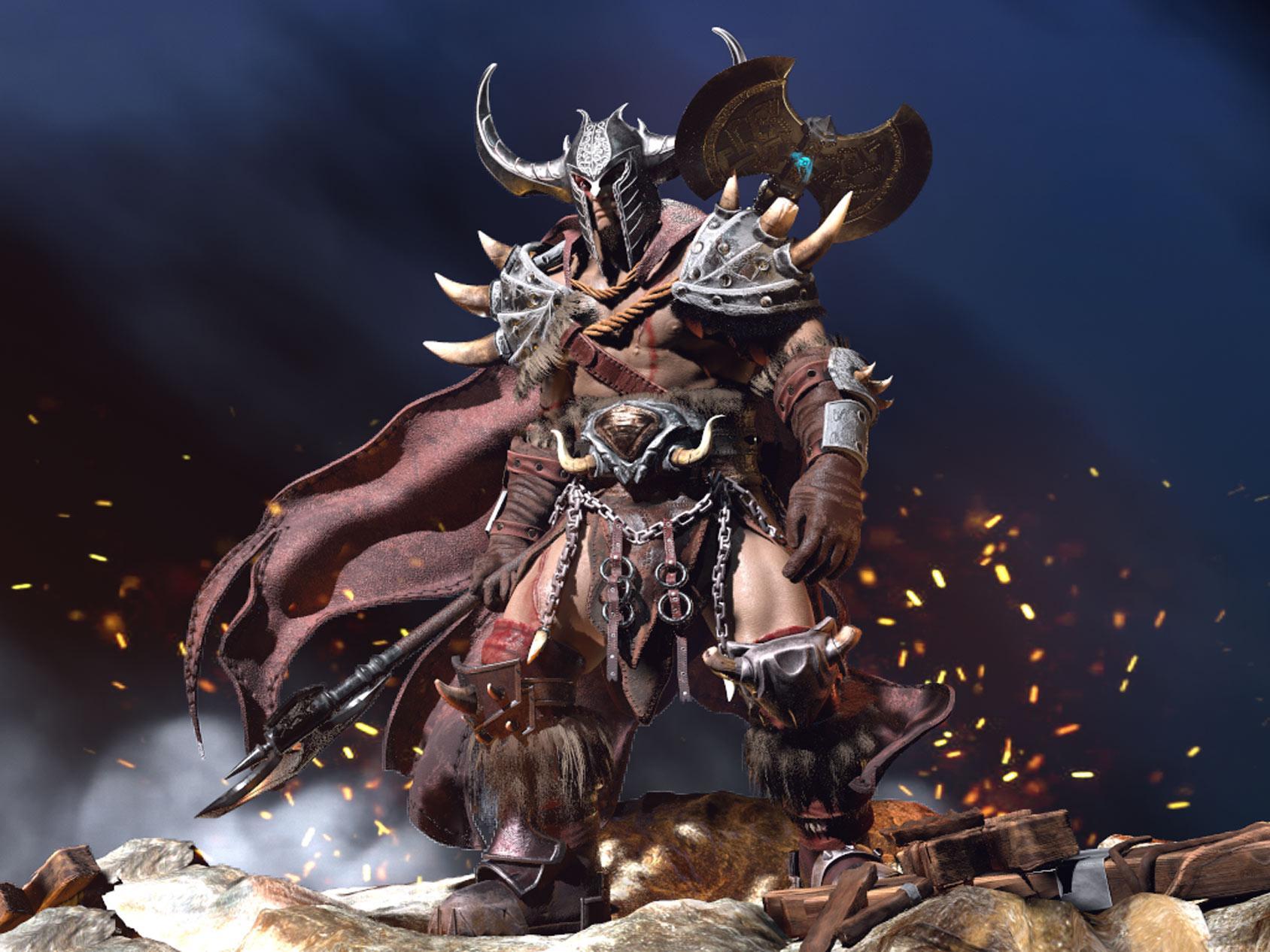 I Accept
I Decline